Reptiles are protected from killing and injury

All native reptiles in the UK have some degree of protection, with our rarer species given full protection. In order to avoid potential prosecution, it is therefore necessary to assess the status of reptiles on any development site. This can be done during initial surveys where the surveying ecologist will assess the likelihood of reptiles being present given the habitats that are on site.  If it is decided that there is the possibility of reptiles being present and that they may come to harm by the development, then a reptile survey may be required.

Introduction to the UK’s reptiles

Here in the UK, we only have six species of native reptile; three lizards and three snakes. Four of these, the slow worm Anguis fragilis, the common (or viviparous) lizard Zootoca vivipara, the barred grass snake Natrix helvetica, and adder Vipera berus are fairly widespread across the UK.

However, Northern Ireland (and the island of Ireland as a whole) has only one species of native reptile, the common lizard (contrary to popular belief, this is not due to the antics of Saint Patrick, but simply due to the fact that Ireland became separated from Great Britain before other reptile species had reached it following the last Ice Age).

There are two other native species which are much more restricted in their range; the sand lizard Lacerta agilis and the smooth snake Coronella austriaca, both of which are mainly restricted to southern heathland and dune sites in England, although there are populations of sand lizard in north Wales & the north-east of England, some of which have been re-introduced.

Interestingly, only two of our six reptile species lay eggs (the barred grass snake and the sand lizard), with the rest giving birth to live young. 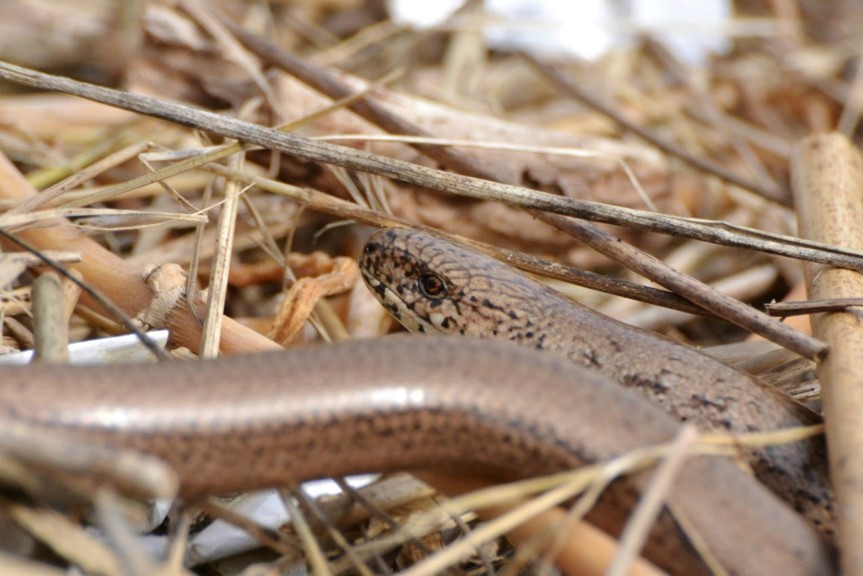 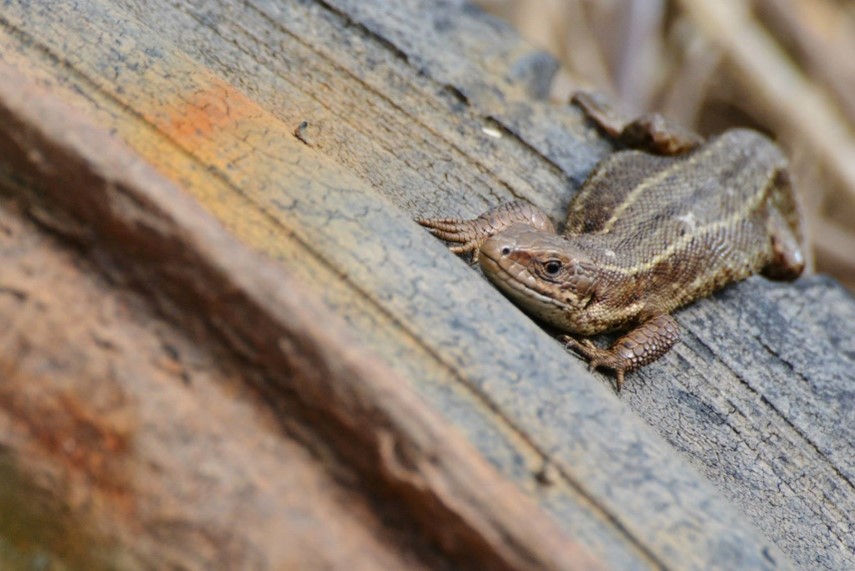 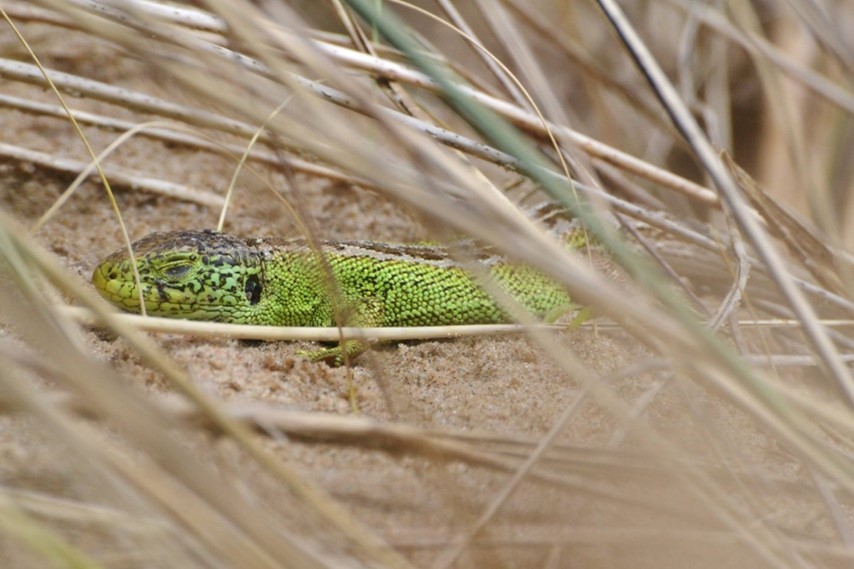 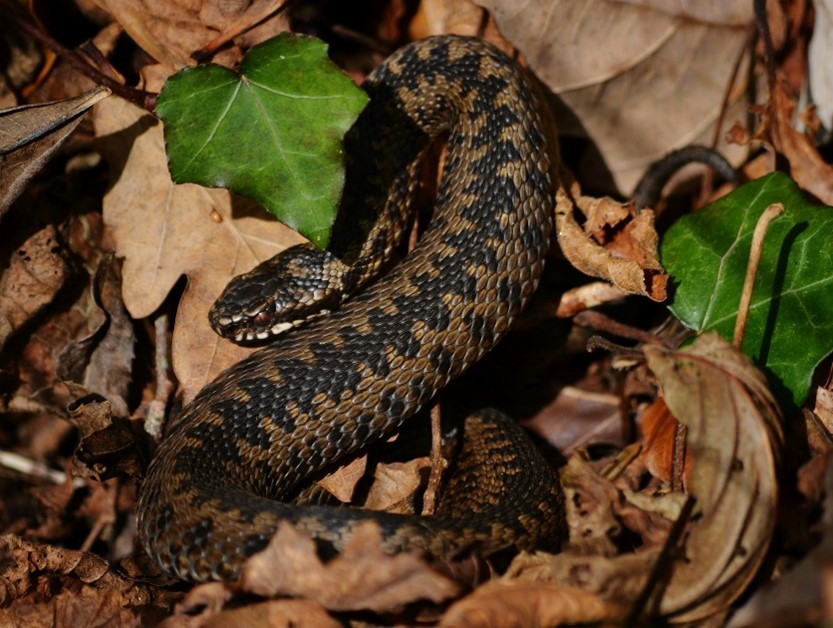 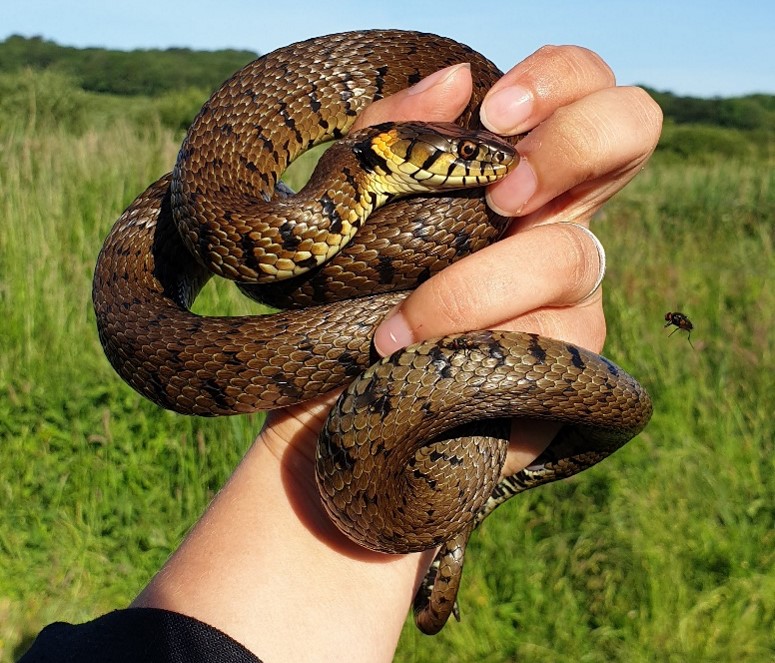 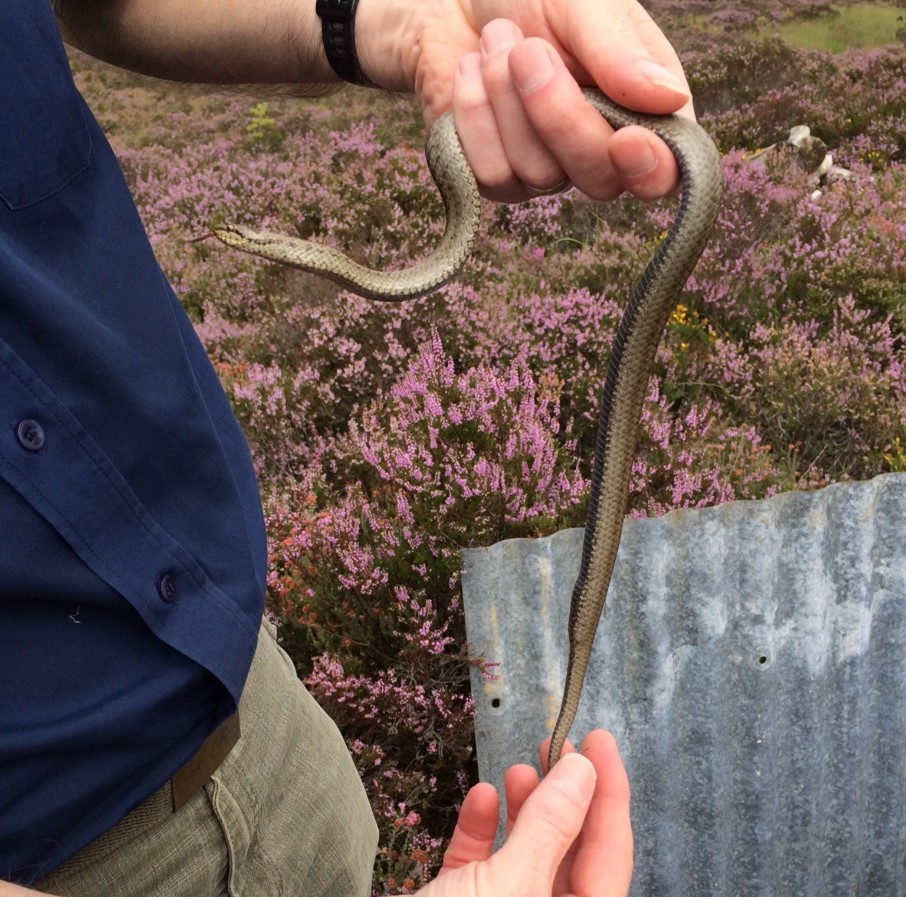 Reptiles and the law

All six of the UK’s native reptiles are protected under the Wildlife and Countryside Act 1981 (as amended), which means that it is an offence to intentionally kill or injure a reptile. In Scottish law, the word ‘recklessly’ is also included – anyone breaking this law could be subject to a £5000 fine for each offence, and/or a prison sentence.

Two species, the sand lizard and the smooth snake, are designated as ‘European Protected Species’ under the EU Habitats Directive, which provides additional protection. This additional designation means that for these two reptile species, it would also be an offence to deliberately or recklessly:

Although it is highly unlikely (unless you are in a particular geographical area) that you will encounter one of the two European Protected Species of reptile in the UK, all our reptiles are protected from killing or injury. As some species can be found over a large range of habitats, it is important to determine whether reptiles are present on a site before any groundwork begins, both to protect any reptiles present, and ensure compliance with the law.

Download our free survey calendar to ensure that surveys are scheduled to form part of your timescale.