The bungalow onsite of a proposed development was due to be demolished and a two-storey house constructed on the footprint of the building.

During the Preliminary Roost Assessment on the bungalow, a large number of bat droppings were discovered within the roof space of the building. Subsequent DNA analysis showed that they were from brown long-eared bat and, based on the number of droppings present, it was assessed to be a maternity roost. Due to the proposed demolition of the bungalow, the roost would have been destroyed and so a compensation bat loft had to be built onsite, along with other biodiversity enhancement measures for nesting birds, mammals and native plants.

Following the preliminary surveys, bat roost characterisation surveys were carried out which confirmed the presence of two roosts for common and soprano pipistrelle. With evidence of the presence of a brown long-eared bat maternity roost within the roof space of the bungalow, it was necessary to apply for a  European Protected Species licence, so that the bungalow could be legally demolished. Due to the loss of both crevice dwelling species (pipistrelle) and cavity dwelling species (brown long-eared bat) it was required to compensate for the loss of the roosts with the construction of a new bat loft onsite.

Initially, a former chicken coop was considered for conversion to a bat loft, but its location, in the middle of an arable field, was not ideal, as bats would not be able to navigate there. Instead, a site close to an existing mature hedgerow was selected, which boasted suitable habitat connectivity for bats to the nearby river Windrush. As well as its location, Wildwood provided advice on the design of the bat loft so that it gave adequate compensation for the loss of the roosts within the bungalow. The roof strip was carried out under supervision by an ecologist, due to the likely presence of roosting bats within the bungalow.

Indeed, a brown long-eared bat was found during the roof strip. Thankfully, the recently designed bat loft was ready in situ and the bungalow could continue to be safely demolished, ready to make way for the new dwelling.  All in all, this is a prime example of a project that worked, through careful and timely consultation, providing a successful outcome for both people and wildlife.

“Feedback wise, you are all great and I’d recommend you in a heartbeat.

You’ve led me through the process carefully and ensured that everything is done correctly, thoughtfully and in the right order.

Your love of nature and ecology is apparent no matter who you talk to in your business.

Balancing the requirements of the customer with the needs of nature and the habitat isn’t easy, but you did it all with aplomb.” 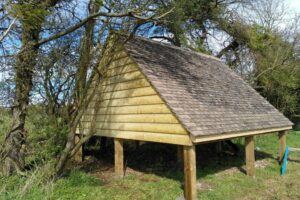 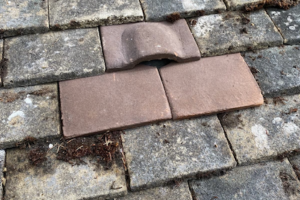 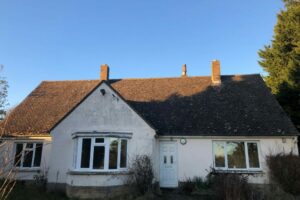