What constitutes the perfect lawn?

As spring approaches, the daylight hours get longer, and nature begins to awake from its winter slumber. The lawn mower is brought out of hibernation, cleaned, oiled and blades sharpened.

Our goal as owners of lawns is to scratch the itch that has been manifesting and achieve the first cut. A report written for Natures Calendar (2019) suggest that the first cut on average is conducted on the 18th March. 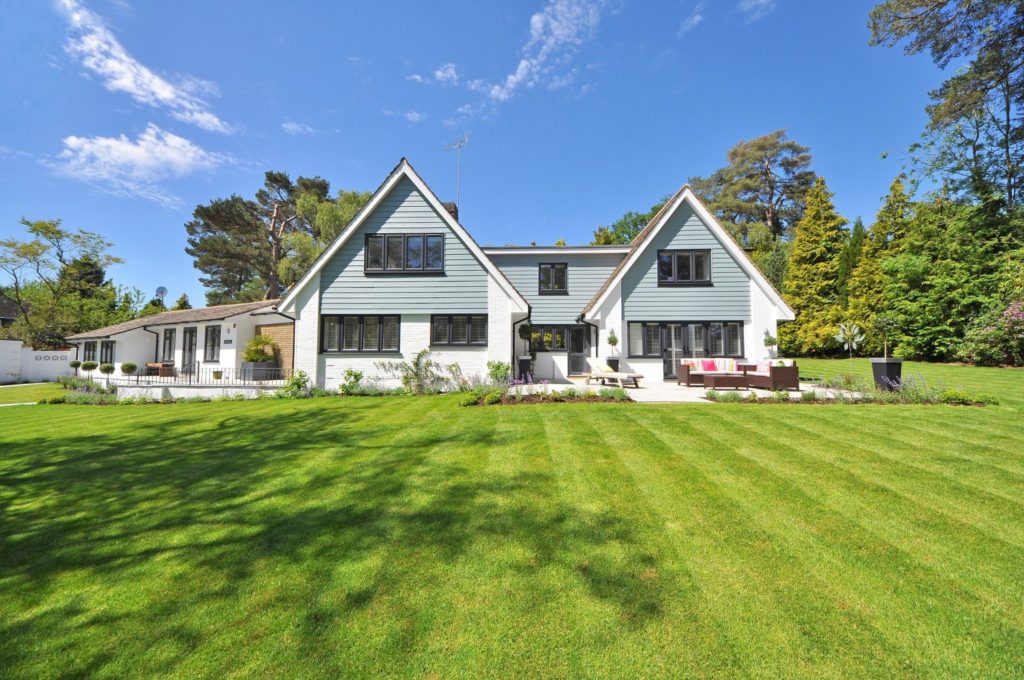 The lawn mower was invented in 1830 by Edwin Budding from Thrupp in Gloucestershire. This mechanical device was used as an alternative to the scythe for maintaining extensive gardens. The beautifully manicured perfect lawn was an indication of wealth and social standing and was sorely coveted by middle and lower classes.  Today, lawns are often part of the curtilage of many properties and not restricted to the wealthy echelons of society.

This piece of land that comes in all shapes and sizes. It is kept neat and tidy, with a short back and sides from March to November. However, it is often overlooked as a valuable habitat for many invertebrate species including butterflies, bees and beetles.

In the UK we have 56 species of resident butterflies and two regular migrants. These are the painted lady and the clouded yellow. Over the last 40 years, 76% of our resident and migrant butterflies have declined in abundance, occurrence or both. In fact, over the last 150 years, four species have become extinct. These are mazarine blue, large copper, large chequered skipper, black veined white and, until recent re-introductions, the large blue[1]. 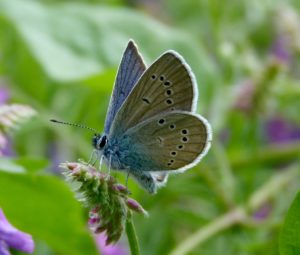 Depending on the climate, butterflies can be seen for a large majority of the year. The earliest recorded emergence of a UK butterflies this year was the 2nd January. This was closely followed by different species recorded on the 3rd, 4th and 5th January1. Early butterfly emergences continue throughout late winter into spring. They rely heavily on nectar plants for energy to fly, find a mate or replenish lost vitality after winter hibernation or a long migratory flight.

In the UK there are more than 250 species of bee including bumblebees, mason bees and mining bees. Like butterflies, bees have been in heavy decline, more significantly over the past century. Again, like butterflies, some species have gone extinct, including cullins bumblebee and the short haired bumblebee.

Nectar is a vital component for the survival of our bees, especially the bumblebee which depends entirely on flowers for nectar as a source of fuel and pollen for protein and nutrients. Providing a habitat that offers plenty of flowers from spring until late summer is essential for the entire active phase of a bee’s lifecycle. Plant species such as dandelions offer an early spring source of nectar, whilst white clover is attractive to honeybees and red clover is a preferred choice of the bumblebee. These plant species are often found in lawns that are uncut or have had less frequent cutting regimes.

Butterflies and bees are important to our health, well being and existence as they are great for pollinating the food we eat. So great that they have naturally evolved to carry out this function. Without these insects we would have to resort to pollinating by hand.  Butterflies are indicators of a healthy environment and ecosystem (a complex network of interactions between organisms and their environment) and have aesthetic value and often an iconic relevance to many people.

Bees play an important part to the economy of the land. In 2015 it was estimated that pollinating insects contributed over £600 million per annum to the UK economy. The declining numbers of pollinators means a less natural process and an increase in the cost of hand pollination, costing in the region of £1.8 billion per year[2].

For some the perfect lawn has trimmed edges, a tight cut, pinstriped design and no wildflowers (weeds). To pollinating insects the perfect lawn has varying length grasses with a mosaic of nectar producing plants.  Two contrasting views but perhaps there is a way the two can be as one, at least for the start of spring. By allowing the cutting itch to irritate a few weeks longer and the wildflowers to bloom, the early emergent pollinators will have an easy access buffet and a greater chance of survival. Alternatively leave a small corner of the lawn to mother nature and banish the lawnmower and weed killing chemicals, a small price to pay to help halt the decline in these important species.

For more information about Wildwood Ecology and the services we offer please get in touch.