Bats – Why Wildwood are so big on bats

Bats across the world are a vital part of the ecosystems in which they live, however they face decline due to various threats. As we plough through the busiest bat survey season on record, we reflect on just why bats are so important and what actions are being done to help conserve them.

What is a bat?

Bats are the only true flying mammals in the world. They are part of the order Chiroptera which translates as “hand wing”, meaning they have a membranous wing stretched between their five fingers. Most bat species use echolocation to navigate (similar to cetaceans). They are classified into two sub orders: mega-chiroptera and micro-chiroptera.
The bats in the United Kingdom are part of the Micro-chiroptera sub-order. Bats make up roughly a quarter of all mammals in Britain. There are 17 species of bats that breed in the UK, with one rare migratory species also present, the greater-mouse eared bat.
The numbers of bats in the UK and across Europe have fallen dramatically over the last century. Our most common bat, the common pipistrelle, declined by 70% between 1978 and 1993. This decline is of great concern, as bats fill many important ecological roles. 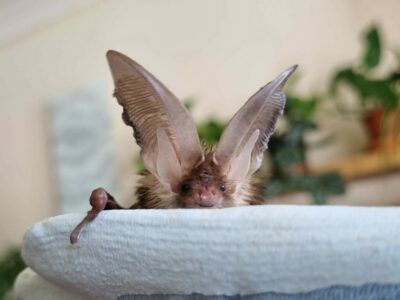 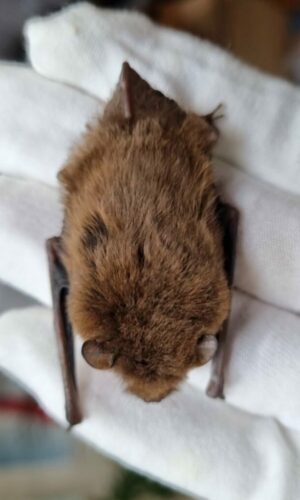 Why are bats important?

Bats play a critical role within their ecosystems. They are predators to insects, and are therefore important in reducing populations of pest species. It has been estimated that one bat can eat up to a thousand insects per night! Some bats act as pollinators and seed dispersal agents, these are predominantly fruit and nectar eating species. Bats have an important role in soil fertilisation, their guano is rich in nitrogen and phosphorus.

Bats are mobile species which use a wide range of habitats including farmland, grassland, hedgerows, wetlands, woodlands and urban areas. Their habitats are used for key behaviours including foraging, commuting and roosting. Every species has a preference towards certain habitats. A Daubenton’s bat for example, prefers freshwater such as lakes.

Woodlands and hedgerows are particularly important habitats for bats, they provide essential foraging and roosting opportunities. Oak and ash trees are important for Bechstein’s bat, they frequently roost in old woodpecker holes. Lesser horseshoe bats rarely roost in woodlands but commonly forage within them. A species with a preference for foraging in deciduous woodland is the brown long-eared bat. They glean their prey from bark and leaves. This means that they use their large ears to detect their prey and then take them off of a solid surface, rather than capturing them in mid-flight. This species is found roosting in trees close to the ground.

What are bats threatened by?

Alteration of Habitat – Bats have been impacted massively by humans in recent years. The detrimental activities include: urbanisation, drainage of marshes, felling of trees and canalisation of rivers. Intensive agriculture is a huge problem. All of these things impact upon insect populations, which are bats only food source. It has been found that serotines, Leisler’s, greater horseshoe and lesser horseshoe bats avoid arable fields with monocultures of vegetable crops. Additionally, pesticides significantly reduce insect prey abundance.

Climate Change – It is predicted that global temperatures will increase and more extreme weather events will occur in the future, which will impact bats greatly as they are warm-blooded mammals. In the winter bats must have a low constant temperature in order to survive. Unless bats adapt or migrate to find more suitable sites to roost, they may not survive. In Costa Rica, bats have recently been discovered at higher than normal elevations. UK bat species are likely to mirror this.
Additionally, bat species may be impacted indirectly. Many plants and bats have co-evolved symbiotic relationships; bats provide both pollination and seed-dispersal services as some species feed on the plant’s fruit and flowers. Provided that bat migration and blooming fall out of sync, both plants and pollinators are threatened. In the UK, the seasons have become less predictable, resulting in many bats leaving hibernation early during warm spells and then getting caught out when the temperature drops again.

Artificial Light – As bats are nocturnal, they are strongly affected by artificial lighting. Bat responses to light are species specific; for example, the western barbastelle common pipistrelle frequently feeds around street lights, whereas the lesser horseshoe bat which tends to forage in more confined spaces are light averse. Light makes bats more vulnerable to predators during commuting, however, it may also act as a barrier to movement. Artificial lighting also affects roosting bats, it has been seen to delay and prevent the emergence of individuals from roosts.

Renewable Energy – 100,000s of bats die each year at wind energy facilities, after collision with rotating blades of turbines. Fatalities are greatest during the autumn and nights when wind speed is low. The most vulnerable bats are those that make long distance seasonal migrations. 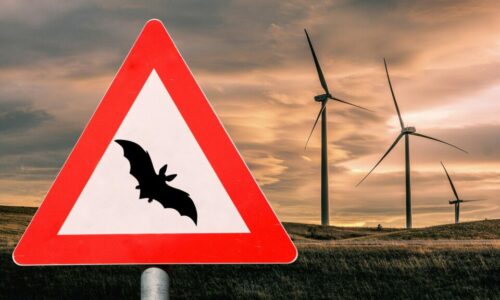 What’s Being Done to Protect Bats?

In the UK all bat species are designated under the Wildlife and Countryside Act (1981) and Schedule 2 of the Conservation of Species and Habitat regulations (2017). It is an offence to ‘capture, kill, possess or injure a bat, damage, destroy or obstruct their breeding or resting places and/ or disturb a bat in its resting place. If caught doing any of these activities, penalties can reach £5000, and a custodial sentence for up to six months.

If a member of the public requires assistance, they should contact the Bat Conservation Trust Helpline.

There are many ways in which people can help conserve bats.

Placing artificial bat houses in gardens is a good place to start, it will provide roosting opportunities for bats. Planting wildflowers, creating ponds and building log piles will help to increase the abundance of insects in gardens. It is also important that artificial light is limited in gardens around dusk. Encouraging people to get involved in local bat walks and becoming a member of a local bat group is a great way to get to know local wildlife. Additionally, getting involved with citizen science such as the Bat Conservation Trust National Monitoring Programme, will help reveal trends in populations. This can be done from a garden or local area, all that is needed is to watch for wildlife for the duration of an hour. 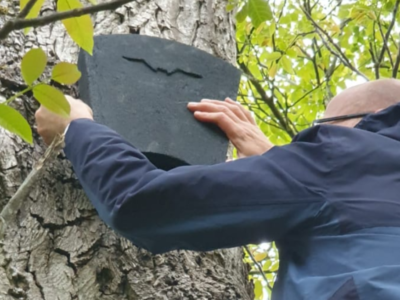 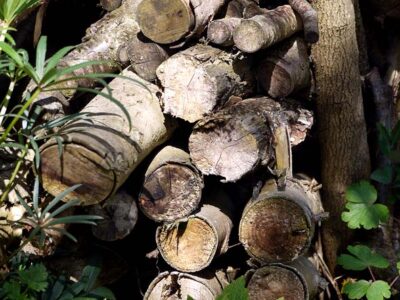 Connecting with nature – the natural remedy for good mental health Climate change: the Egrets are not alone

Ponds: a quick win for biodiversity

Climate change: the Egrets are not alone

Connecting with nature – the natural remedy for good mental health

For more information about Wildwood Ecology and the services we offer please get in touch.